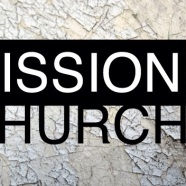 Five Steps To Staying Focused On Your Church’s Mission

Posted by Brad on February 6, 2014 in Uncategorized | Leave a comment

Written by Greg Watson the Chairman of the Navigational Leadership Team at FourRiversChurch.com. Originally posted at networkchurches.tv

Ken’s glove hand rested on his knee while his pitching hand caressed the ball behind his back. A few more pitches would give him a coveted “no-hitter.” April 23, 1964, found Houston Colts pitcher Ken Johnson staring down one of the last batters for the Cincinnati Reds.

He wound up then let loose a blistering white blur toward the plate. That’s when the unthinkable happened. One error sent the batter to second base while another sent him across home plate. This lone run became the game winner for the Reds.

Incredibly, Ken walked off the field with a no-hitter in one pocket and a loss in the other. The joy of having pitched one of the best games of his life was made hollow by the folly of error. One sports writer even deemed it “the saddest story of the year.”

There’s a similar but much sadder story in the Gospels. A young man of wealth and prominence vested his entire life in keeping the commandments. Even so, he knew something was lacking. Falling on his knees before Jesus, he begged to know how he could gain eternal life. Jesus told him “Sell all you have and give the money to the poor.”

Even though he’d been diligent to observe every commandment of the law, he couldn’t bring himself to observe the greatest commandment of all—loving God by irrationally loving others. Instead he walked away losing his perfect game to a single error.

As leaders, it’s easy for us to do the same. With every angry member, no-win situation, scarce resource, scant volunteers, or public scrutiny we’re invited to play the “church” game. We all know the rules:

– Do what the majority wants,

– Above all, don’t annoy the big givers.

But in playing the perfect church game we commit an error of focus. Fear becomes our motivator rather than love. The irrational love that drives us to risk it all winning the un-churched is replaced with an irrational fear of losing what is ours. The saddest story of all is a church that plays the perfect game but fails to seize the win.

So how do leaders guard against this error of focus?

2) PLAN with the mission in mind. Be missionally intentional from the beginning.

3) ACT with the mission in mind. Any action that doesn’t fulfill the mission, subverts the mission.

4) EVALUATE performance with the mission in mind. Identify needed improvements and celebrate success.

5) CHANGE with the mission in mind. Transform into a missional machine.

If what we do doesn’t matter, then neither do we. LIVE THE MISSION!